Sonny was just 25 days old when he passed, much to the devastation of his parents Karen and Colin. Knowing Sonny fought so hard inspired John Kiely to challenge himself and raise much-needed funds in honour of Sonny.

John Kiely is a seasoned fundraiser who for the past 35 years organises one fundraiser a year. John recognises that he could not do it alone.

“Fundraising is very easy for me because I have an incredible group of family, friends and work colleagues around me. Colin and Karen would be part of this amazing group”. 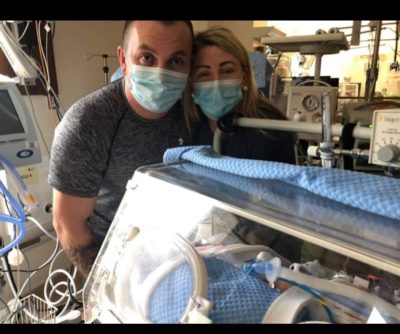 John planned to swim from Raleigh Hotel in Youghal to the Quality Hotel in Redbarn, however, the weather did not play ball on the day with huge swells making it too dangerous. Then lockdown made the logistics impossible. Committed as he was, he swam 2km in the slip way by County Hall and intends to complete the planned swim, both ways, as a tribute to Sonny in the summer.

On September 23rd Sonny was born. His family and this close-knit community were all over the moon.

Unfortunately, Sonny was diagnosed with CDH, meaning he had a hole in his diaphragm. He had good days and bad days, and everyone was hoping for the best.

“I have said to Colin and Karen that if love alone could have saved little Sonny then he would still be with us”.

John and the community donated €2,267 to CUH Charity. Karen and Colin requested to keep it within the Children’s Unit in CUH in memory of Sonny. This will make a huge difference for children attending the hospital into the future – a fantastic legacy for Sonny who “fought like a trooper” during his short but impactful life.

“I have fundraised for that charity before and I know first-hand the fantastic work they do in helping the children and families during this very stressful time. There is even support afterwards in the form of groups and annual masses”.

John would like to thank several people who made this happen. 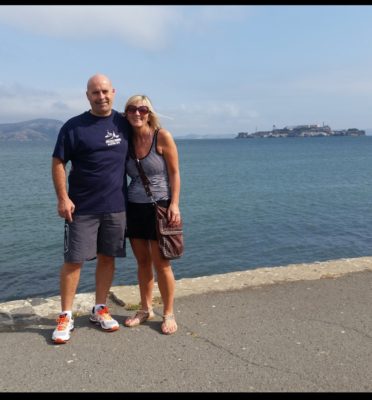 “I have to first mention my wife Martina, who has given me unbelievable support down through the years especially when I am off on one of my long swims and she waits on land supporting me. And also on the fundraising side she has raised tens of thousands. I am blessed to have what I consider to be the best group of family and friends in the world and together we have been fortunate to raise so much. I would also like to say that for some charities and special circumstances people will go the extra mile without hesitation and will give and do more. Also, Padraig O Connell the Managing director  of CGI FOODPARK where I work, is always very generous donating tens of thousands to the various charities down through the years, and also allowing me time off to train and participate in the fundraisers.”

‘Remembering with Love’ is our paediatric Service of Remembrance for children which will be premiered on Friday 12th March at 7pm on CUH YouTube Channel. Be sure to subscribe to be notified of the premiere.